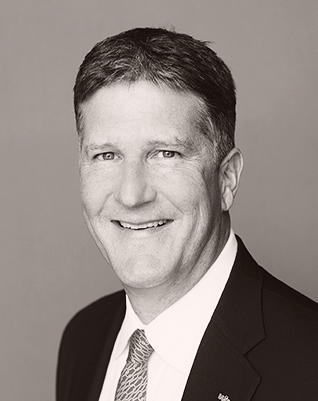 Chris Connor is the President & CEO of the American Association of Port Authorities. He is the former Global President & Chief Executive Officer of Wallenius Wilhelmsen Logistics AS (WWL), one of the world’s largest ocean car carriers, and vehicle logistics groups. As CEO, Mr. Connor guided the company through a period of significant transformation in its core ocean transport business, while driving rapid growth in the vehicle logistics arena. His reputation as an industry leader and globally recognized expert in deep-sea ocean transport and land-based logistics is based on an authentic leadership approach and his ability to transform strategy into profit-generating results.

Mr. Connor, who has over 38 years of experience in international shipping and logistics, began his career at United States Lines in 1981, followed by Crowley Maritime in 1987, prior to joining Wallenius Lines in 1994. In addition to roles in the USA, Chris’ career path brought him to Hong Kong, Taiwan, the Netherlands, and finally to Norway as CEO of WWL. Since 2017, Mr. Connor has been a Board Member at The Pasha Group, and served on the Executive Committee and Board of the American Maritime Partnership from 2018-2019.

Mr. Connor is a member of the National Association of Corporate Directors (NACD), where he earned a Board Governance Fellowship designation in March 2017. He has served as a keynote speaker and panelist for several national summits including Automotive Supply Chain Congress and The Economist World Ocean Summit. In 2013, Automotive Supply Chain Magazine named Mr. Connor Logistician of the Year. Mr. Connor is a graduate of Villanova University, Villanova, PA.