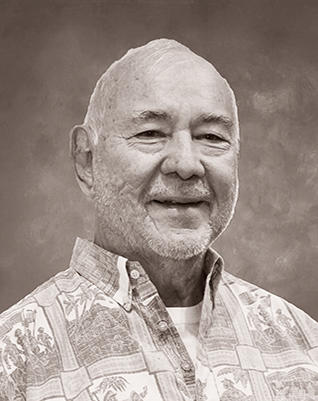 William “Buzzy” Hong’s commitment to public service in Hawaii started at a young age and has continued throughout his professional and post-retirement career. He served with the U.S. Coast Guard, prior to his 26-year career with the Honolulu Police Department (HPD). While at HPD, Mr. Hong served on the “Metro Squad,” a predecessor to the SWAT Team. He was also one of the original members of the K-9 unit and a founding member of the State of Hawaii Organization of Police Officers (SHOPO). He eventually became Chief Polygraph Operator for the department and attained the rank of Captain upon his retirement.

After retiring from HPD, Mr. Hong worked with the Prosecuting Attorney’s Office on special assignment as the head of the Organized Crime Strike Force and White Collar Crime Investigation Unit.

In 1990, he was named Executive Director of the Building and Construction Trade Council AFL-CIO. After 20 years of service to 16 affiliate trade unions and their 41,000 members, Mr. Hong retired in that capacity in 2010. While there, his accomplishments included creating numerous work opportunities on military bases and through federal projects, formulating prosperous partnerships with various major developers in the State of Hawaii, and helping with the approval of the rail system.

Mr. Hong currently sits on several non-profit boards and commissions throughout the State of Hawaii. He was Chair of the first Honolulu Fire Commission and a member of the selection committee for the HPD Chief of Police. A graduate of Roosevelt High School, Mr. Hong is the recipient of Roosevelt High School’s most outstanding alumnus award.