Playing it Safe on the West Coast

On March 10, 2010, the Pacific Maritime Association held its annual Pacific Northwest Safety Awards Banquet in Seattle. This is the industry's opportunity to acknowledge those in the local areas who have proven their commitment to a safe workplace. Pasha Stevedoring & Terminals LP (PST) was honored at the ceremony with the First Place award for fewest accidents in the Pacific Northwest, Class C Stevedore group. In addition, the company also received a Coast Wide award for Zero Injuries in 2009 at the Port of Grays Harbor. Pasha notes this achievement was due to joint efforts of Local 24 Longshore workers and PST's local management staff.

The following day, March 11, it was PST's turn in Southern California for recognition. At the Pacific Maritime Association Safety Awards Banquet, PST, headquartered in the Port of Los Angeles won Second Place for a Class B Stevedore for Accident Prevention in 2009, recognition from the Coast Safety Committee for reduced Injury / Illness Incident rate in 2009, and Second Place from the Coast for a Class B Stevedore in accident prevention for 2009.

The awards for Pasha continued that evening for PST's operation in San Diego where PST was presented with First Place awards for both the Southern California Area and the Coast in Class B Stevedore Accident Prevention. 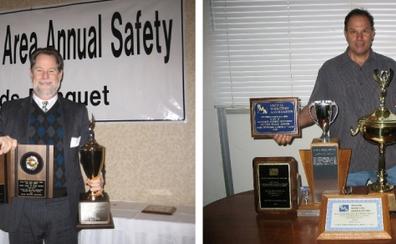