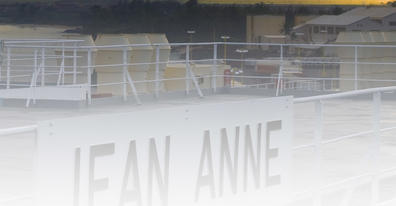 As the shipping and transportation industry continues to fluctuate with the ever-changing economy, see how the top companies weather the ebbs and flows by concentrating on the core of their business: customer service.

Hawaii ranks No. 1 for many things. We rank at the top of the Gallup Poll’s wellbeing index, making us the healthiest—and happiest—state in the nation. Our beaches consistently place in numerous Top 10 lists, and the state’s TheBus system has also been rated as the nation’s best. Another No. 1 ranking should come as no surprise, considering our isolated island chain: The state with the most domestic shipments, according to the U.S. Department of Transportation.

Shipping and transportation companies provide a literal lifeline for Hawaii’s residents, carrying everything from our groceries and medicine to military vehicles and construction materials.

Whether we realize it or not, we all depend on shipping and transportation in some way. While we go about our daily lives, there are others working tirelessly to ensure that those lives go on uninterrupted.

As the local economy strengthens, the demand for commodities increases, and all the while, fuel costs continue to surge. Those in the shipping and transportation industry have been tasked with creating innovative solutions to keep costs as low as possible for their clients, which in turn keeps costs low for end consumers.

PASHA
Over the past year, the economy has been making a comeback. People are buying houses and going shopping, and tourists are flocking to the Islands. But ask those in the shipping industry, and they’ll tell you that it’s not just people who are coming back strong, it’s commodities, too.

“The overall volume of cargo to Hawaii has increased in the last year versus 2012,” says Reggie Maldonado, director/general manager of Pasha Hawaii.

The company, which is owned by The Pasha Group, and more specifically, the Pasha family, has been operating since 2005, but has long-standing roots in the Islands.

“The Pashas have been conducting business in Hawaii dating back to the 1960s,” Maldonado says.

The group started during World War II by offering storage and truckaway services to U.S. troops in San Francisco as they were deployed to Hawaii. As the economy fluctuated over the years, increased demand for shipping became prevalent, and the group recognized an opportunity to continue its service to the Islands, forming Pasha Hawaii.

Increases in demand for shipping are common in the industry, and Pasha Hawaii has poised itself to take on that growth. The company has adapted to the many changes in demand since its inception, expanding its services to provide transportation for heavy machinery and oversized cargo such as yachts and even Black Hawk helicopters. They’ve also streamlined their operations to create a more efficient process from the point of origin for their clients.

“Our purpose-built, roll-on/roll-off vessels and trained professionals provide a clear advantage in shipping rolling stock to and from Hawaii,” Maldonado says. “This is due to less handling of the product through the supply chain, which results in less claims and faster movement from origin to destination.”

Customer service is always top of mind for Pasha Hawaii, and part of that service is taking care to protect the environment whenever possible.

“Pasha Hawaii is investing in new purpose-built assets that are updated to the latest environmental standards,” Maldonado says. “The M/V Marjorie C is currently under construction in Mississippi and is scheduled to make her voyage to Hawaii mid-year.”

The new vessel will come equipped to exceed new environmental standards. For example, its built-in battery-operated cranes will reduce the need for shore power will increasing efficiency. It will also run opposite the company’s M/V Jean Anne, creating a new weekly option to the Islands.

“Our customer’s satisfaction is fundamental to our business,” Maldonado says. “We listen to their concerns and demands and we are proactive in exceeding their expectations.”